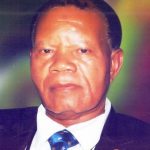 A graduate from Moscow State Textile Institute, Russia in Textile Engineering specializing in weaving technology and a Higher National Certificate in weaving loom maintenance from Moscow State Textile College.
He joined the services of Auchi Polytechnic in 1992 as a Senior Lecturer after a stint with the Nigeria Textile Mills, Ikeja – Lagos. He rose to become a Chief Lecturer in the year 2000 and was appointed Deputy Rector (Academics) in 2001. His appointment was renewed by another term of two years in 2003. Thereafter, he was appointed the first substantive Head of Department of Fashion & Clothing Technology. At various times, Engr. Buraimah served as Chairman, Senior Staff Disciplinary Committee (2008-2014); Chairman, review committee on criteria for academic staff promotions (2004); academic board representative on the governing of the polytechnic (2002) and Chairman Convocation Ceremonies Committee (2001) among others. He has more than 30 years of industrial/teaching experience.
He was re-appointed Deputy Rector (Academics) by the then Rector, Dr.(Mrs.) P. O. Idogho, a position from which he rose to become the acting Rector in 2016 till February, 2017.
He has publications in National/International journals to his credit. He is a member of the National Society of Engineers (MNSE) and a registered consultant/engineer by the Council for the Regulation of Engineering in Nigeria (COREN). He is also a registered teacher.
Engr. Buraimah has been honoured with certificates of merit by the management of the polytechnic, the Rotary International District 8140, the polytechnic staff school and many more.

Outside his industrial and academic life, he loves reading, playing table tennis and caring for the poor.
He is married to Valentina and they are blessed with children..